Coleman has recently been suspended by the Athletics Integrity Unit (AIU) and could face a 2-year ban after missing 3 doping control tests over a 12-month period. This comes after he narrowly escaped the same fate last year and managed to get off on a technicality. The fact that he ended up with a suspension ‘for real’ soon after the first incidence is perplexing Olympian Michael Johnson tweeted “After a close call last year for 3 whereabout failures or missed tests, for Coleman to allow this to happen again will lead people to believe either you’re doping or you don’t take seriously the anti-doping efforts of the sport. What reason do we have to believe otherwise?”

SA wheelchair tennis star, Lucas Sithole, were also sanctioned for 2 years beginning of the year for missing 3 out-of-competition tests over a 12-month period.

These are known as “whereabouts failures”. It happens when athletes, who form part of a pre-identified Registered Testing Pool (RTP), do not provide accurate, up-to-date information regarding their ‘whereabouts’ – where they live, train, travel schedule etc. – in order for doping control officials to find them for out-of-competition testing. Being unavailable / unreachable 3 times during a rolling 12-month period constitutes a Anti-Doping Rule Violation. Only RTP athletes are required to submit their wherebouts info, and to identify a 1-hour timeslot in a day where they are available for testing (however, they could still be tested outside of this timeslot as well). 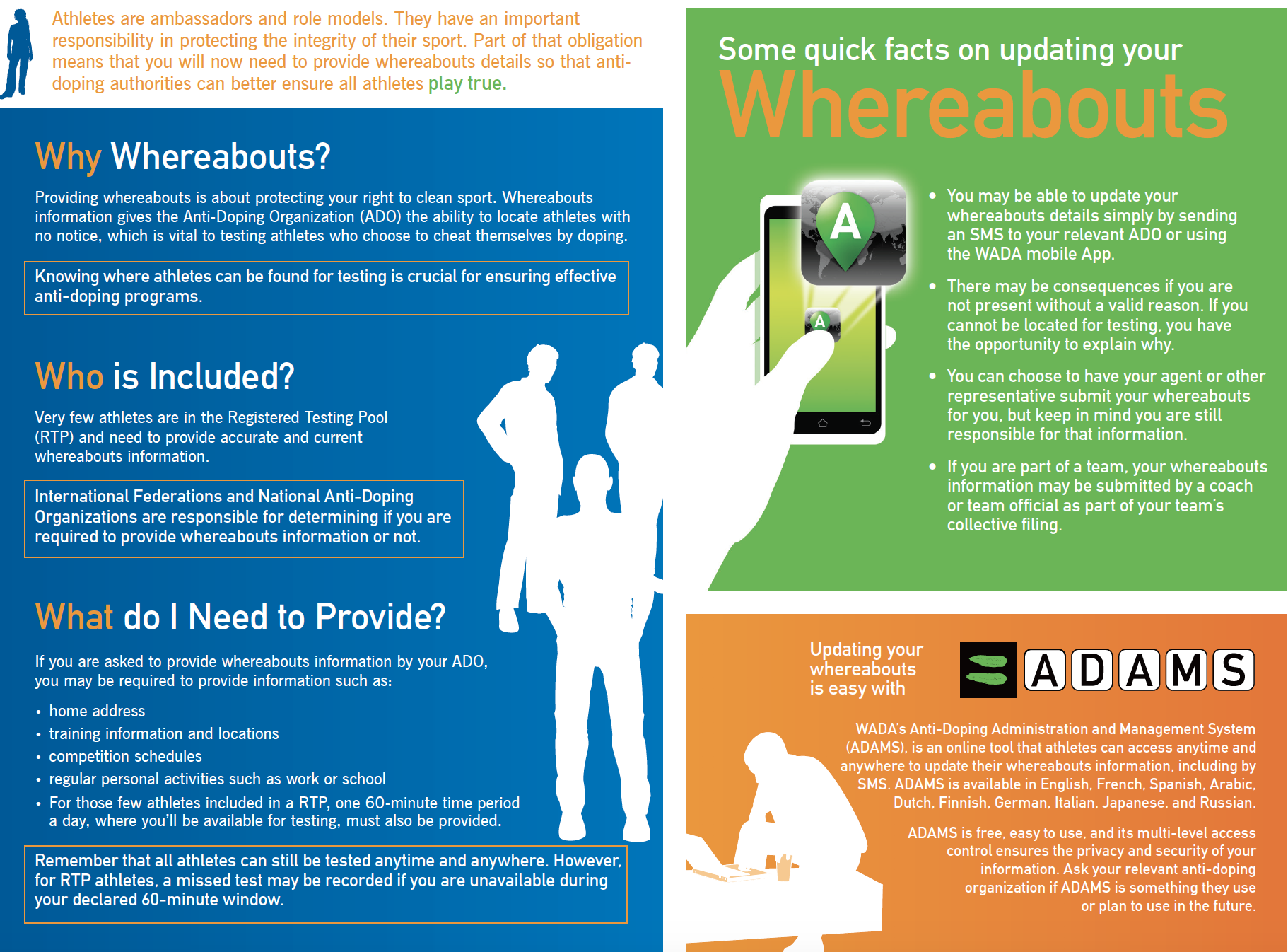 Does this mean that only RTP athletes can get tested out-of-competition?

No. Any athlete who takes part in a sport that prescribes to the World Anti-Doping Code, can get tested by an anti-doping authority – in- and out-of-competition.

In South Africa, SAIDS is the National Anti-Doping Authority and conducts doping control in line with the International Standard for Testing and Investigations. SAIDS has identified a national RTP comprising of ±100 athletes. These are typically our top-level athletes – the criteria are detailed on our “Registered Testing Pool” webpage or Whereabouts leaflet. 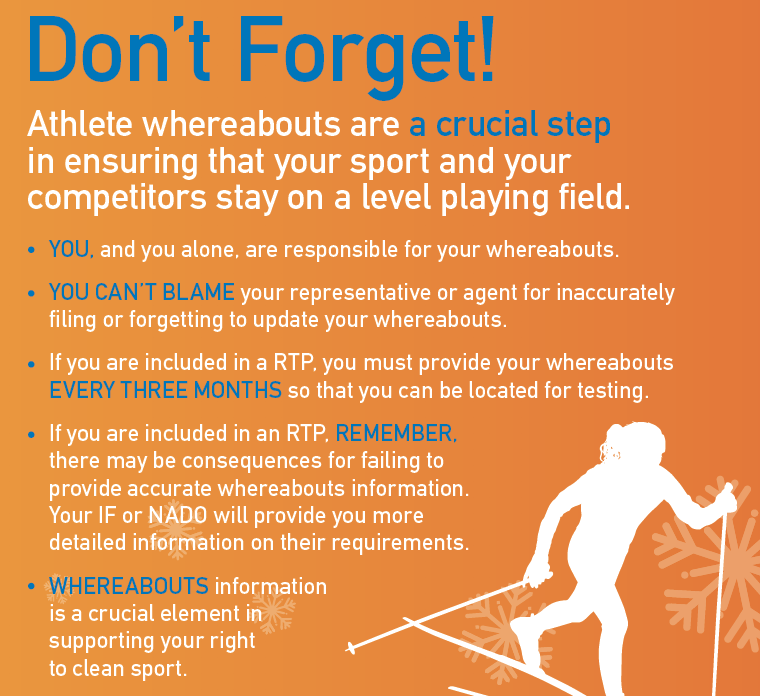