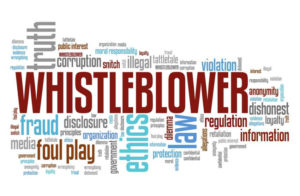 A year-long investigation and tip-offs from whistleblowers have resulted in bans for three cyclists in the past 18 months, says the South African Institute for Drug Free Sport (SAIDS).

The organisation’s CEO Khalid Galant revealed that the convictions arose from “phase one of an investigation being undertaken in collaboration with the Department of Priority Crimes and Investigations (the Hawks)”. The investigation would “continue to look at athletes, medical doctors, coaches and trainers and whether they have a role in a doping supply network”.

SAIDS announced that one of the three was veteran mountain biker Shan Wilson, who has been banned for six years after being found guilty on five counts. These were:

Wilson was initially tested in-competition on March 25, 2014. This sample was negative based on the scientific, analytical protocols that were validated at that time. An investigation into the cyclist triggered a retroactive test on his stored sample utilising current analytical methods. These new methods were able to determine whether the testosterone in his sample was from an exogenous (external) source.  Testosterone from an exogenous source and its metabolites were found in his system. His other charges arose from the ongoing investigation.

All Wilson’s results, rankings, medals and prize money have been expunged for a period of two years from that date (March 25, 2014). His fifth place in the Grand Masters category at the 2018 Absa Cape Epic has also been removed.

A prominent South African woman mountain biker was earlier banned for two years after an adverse analytical finding for EPO (Erythropoietin) when she was tested on the March 3rd this year. She was a regular podium finisher at events in the Western Cape.

The third athlete, a national level cyclist, has not been named as he has appealed his four-year ban. He was charged for suspicious variations in his Athlete Biological Passport, which he could not explain to SAIDS’s satisfaction. “The investigation was triggered in significant part by whistleblowers and we are very grateful to their efforts to keep sport clean” said Galant. “We do take tip-offs about any sporting discipline or individuals seriously and encourage people with information on doping to come forward to us.”